Think of others, not merely yourself

Given the monstrosity of human behavior witnessed on Saturday (21-8-2021), across Australia, I have a message for the rule breakers who, let’s face it, are responsible for the tightened restrictions in Victoria. First, I refer to the warning issued one week prior during  the Premier’s press conference:

As I write this blog, with only two hours’ notice, regional Victorians have been plunged back into lockdown due to a cohort of senseless and selfish Victorians’ insistence that they have the answers to COVID-19. What an insult to all of us Victorians who continue to do the hard yards. While these individuals continue to kid themselves by placing the blame solely on the Government, maybe it’s time they took a good look at themselves in the mirror; get an honest look at the true faces who are responsible for where we all find ourselves today. These sad, pathetic individuals deserve, at the very least, hard jail time.  Enough is enough.

Yes, I’m bursting with anger, yet my feelings travel a lot deeper than the word “anger” suggests. Amidst another strict Victorian lockdown (number seven, I think), it’s evident that compliance to the rules that regulate the current stay-at-home orders have been met with a half-hearted response across Melbourne and some surrounding areas.  Undeniably, Victorians have lived through some of the world’s most rigorous restrictions in an attempt to curb the spread of COVID-19.  Until the current lockdown, Victoria has led the pack with our unrelenting willingness and ability to follow directions and successfully grind down the daily case numbers. For this, I have felt somewhat proud of us, appreciative and happy to live where I know we’ve done the hard work despite the hardships we know lockdowns can deliver. So impressed with our collective effort, I have written a book about it.

As regional Victoria joins Melbourne in hard lockdown, we see significantly different results compared to previous lockdowns.  The daily case numbers are not dropping as we’ve come to expect, but rather, they’ve been hovering around the same number.  Throughout this latest lockdown, I’ve chosen to take the blind approach, telling myself, “tomorrow will be that day when the numbers begin to drop.” I’ve naively clung to that sense of trust and confidence that served as a great comfort throughout 2020.  But the daily lack-lustre and disappointing results indicate some things changed.  And as the days pass, I continue to hope that tomorrow will be THE day we witness the numbers begin their descent.

I wonder, “What has changed this time? Besides being the more virulent Delta strain, why are we not making progress? Yes, it is fair to suggest that people have had enough of the cycle of being in and out of lockdown; that’s a given. But still, Delta lurks and shows no remorse, so what is the alternative?  Maybe the ludicrous conspiracy theories are finally getting the better of us and leading many to believe the Government wants to seize our right to freedom? Perhaps it’s the lack of contact with families and friends?  Or, more likely, it’s the blatant disregard for the rules by a small percentage of people within our state.  Why stop fighting this virus now?

Stories of blatant rule-breaking have sent our TVs, iPhones and iPads into overdrive.  Call me naive, but this news has felt like a dagger piercing my heart. None of us like lockdowns, but the thought of offensive behaviours taking place close to home has been a source of sheer disgust, shame and greater longing for what we once achieved.  Selfish behaviours are at the core of Victoria’s current demise.

This is a sad thought, but it’s my truth.  As I watch the TV and see the reports that make my blood boil, I begin to believe that I can longer trust humankind.  I know most of us are doing the hard yards here; we’re all struggling with the daily bore.  Does that mean we can throw in the towel and throw a party? If we all continued with such self-entitled and reckless behaviour, we would be endangering the health and freedom of our society.

“Broken” is the first word that comes to mind when describing my frame of mind.  Broken and exhausted.  I want to torture any individual guilty of being involved in the reported pub crawls. A “Walk. Talk. Sip” event was advertised on social media, with six Richmond venues offering drinks under $10 as part of a trail.  What part of take-away food and beverages do these people not understand?   Then there are the people attending large scale parties; another potential super-spreader right there.  And the hosting of at-home dinner parties.  I bet the people involved in these events didn’t think they’d get caught because they were so discreet! Then there are the weekend street protesters.  What I saw online was not protesting; it was delinquency at best.

Try walking in the shoes of others.  For instance, walk in the shoes of the police who stood up to these bullies. They’re simply following orders. That’s their job. That’s what one does when an organization employs them; follow directions.  No one should have to go to work to face such dangerous behaviour.  Police officers have families like you and me. I feel for their families. Saturday’s disgusting behaviour put six police officers into hospital.  And what about those innocent police horses?  Why would anyone punch a horse?  I don’t get it.

And finally, I refer to the event I suspect none of us will forget in a hurry.  If for no other reason than the stupidity of the people responsible for planning and pulling off such an event.   You guessed:

The now infamous engagement party in Melbourne was caught on film by a “mole” within the group. Footage so damning there’s no denying that these individuals believed they were above a pandemic, above lockdown, and above the struggle felt by a nation. During his speech, the groom mocked the lockdown laws the partygoers were breaking and the mental health of our state as he spoke of “mental health care plans” and jokingly stated, “Clearly, this is legal because this is a group therapy session”. Does anyone else feel the need to punch him right now?  Stupidly, he incriminated his father as he pointed him out as the psychologist present and on duty.  As he spoke, the crowd, jam-packed into a private home with no masks in sight, explode into laughter over and over again.

I hope these medical professionals feel the full brunt of the force on them and their health professions.

Just one week later, at least six positive cases have resulted from this party which has now been labelled as a super-spreader event.

While the adults-who-should-know-better misbehave, our children are missing important milestones, celebrations and rites of passage.  They can’t go outside and play in a park.  THEY ARE THE ONES SUFFERING MOST.  Likewise, families have become strangers as they’ve not been able to be in the same room as each other.  Families-doing-the-right-thing are suffering.  Small businesses are choking, unable to survive during extended periods of lockdown.  Their livelihoods are gone.  They are suffering.

Straight to the point, no messing around.

I bet you didn’t know the research for COVID-19 vaccination started at least five years ago. In response to Sars which is also a COVID related virus. (That squashes the argument about the limited time it took for scientists to develop vaccines for COVID-19.  They’ve been working on it for years.) 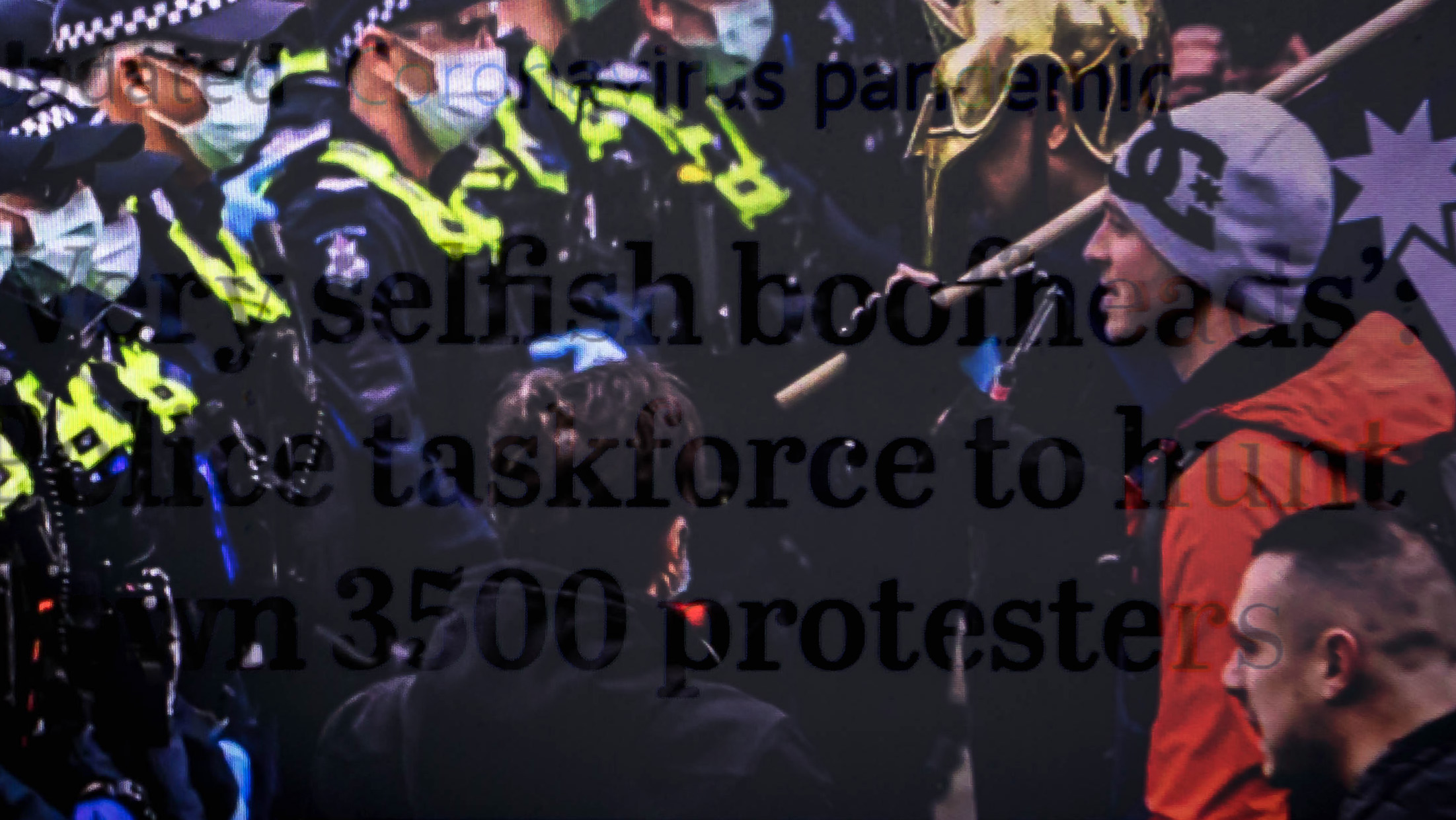 Police officers are doing their jobs. 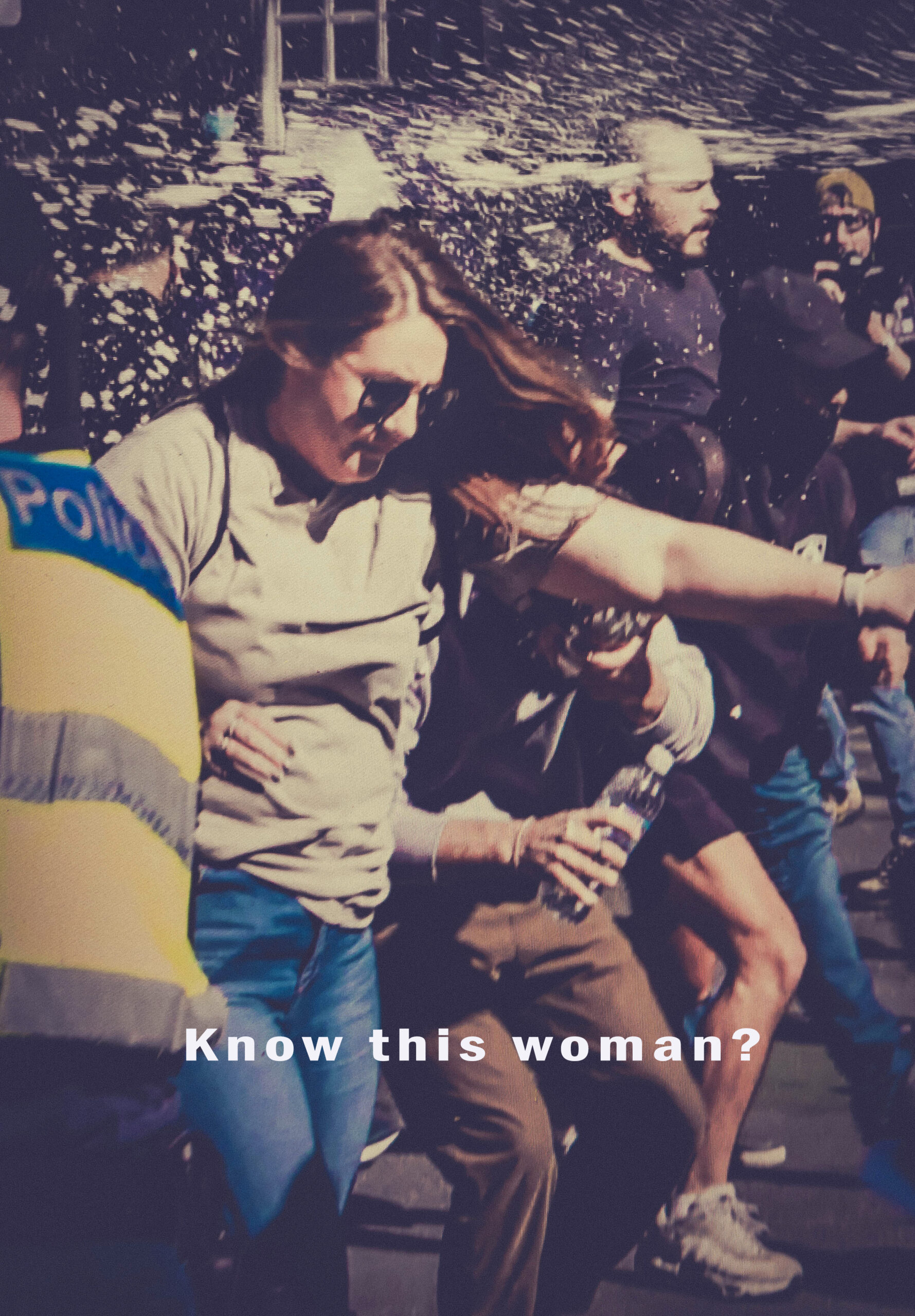 You know what to do!