Is that true, Mum? When vaccine doubts are injected in the schoolyard

There is something about the word ‘vaccine’ and the connotations it evokes that has people turning on one another.  Adults have been observed protesting in a manner I’d hesitate to describe as ‘childlike’ behaviour as that would be unfair to children.  Small businesses unfairly receive abuse from people who believe they know better than highly qualified medical professionals.  Then there are parents with differing views on raising well-rounded and well-informed children.

Vaccines have been described as one of the most crucial medical advancements in human history. As published in the United States National Library of Medicine, scientists have emphasised the fundamental influence of vaccines, saying:

“Ten historically fatal diseases have been reduced by 92-100% since the 20th century. Smallpox has been eradicated, and polio is nearly gone. Extrapolating over the decades and around the world, it is no exaggeration to say that vaccines have saved tens of millions of lives literally and prevented hundreds of millions of cases of disease, if not more. The overwhelming scientific consensus is clear— vaccines are safe, effective, and necessary.”

Bewilderingly, here we are in 2021, facing the realities of the COVID-19 pandemic and in the midst of one of the most significant and most tumultuous arguments surrounding a recent medical advancement; the COVID-19 vaccination.  Why?

A case of history repeating itself

‘History’ sheds considerable light on this predicament.  Take smallpox; for example, today, we can take comfort knowing that this is no longer a disease to concern ourselves with. However, this wasn’t always so, with reports suggesting that mortality rates for this virus once stood as high as 80 per cent. Today smallpox is no longer a risk to our health; we no longer even need to be vaccinated against smallpox. Why? Let’s reflect on at past experiences in relation to today.

Smallpox first presented as a significant threat to society way before any of us was born, even contemplated. Researchers suggest that as far back as 430 BCE Egyptian mummies presented with evidence of smallpox scars.  During this period, scientists discovered a breakthrough that would shape the future dramatically; with exposure to the virus, individuals would never redevelop the virus again. This paved the way for developing the first-ever vaccine, which has led to the eradication of smallpox.    Developed in the 1790s by an English physician Edward Jenner, this vaccine was a major accomplishment.

Still, even in the 1700s, this medical miracle was received with mixed reactions. Notably, scepticism similar to what we see today played a big part.  Of particular interest is that in the 1700s, certain groups were insistent on playing on the public’s misunderstanding of a brand new vaccine that would pave the way for the development of more life-saving vaccines in the future.

Ironically, the tactics endorsed are identical to what we see today with the development of the COVID-19 vaccine—preying on misunderstanding and misconceptions by putting their twist to suit their own agenda and instilling a sense of genuine fear into the masses who couldn’t know better. The fear of putting foreign substances into one’s body was at the forefront and saw widespread reluctance to receive the vaccine.  Guess how these nuisances achieved such a feat without the use of Social Media? Publications featured cartoons mocking and depicting people who, after being vaccinated, mutated into cows.  Some people believed this.

Thankfully, common-sense prevailed overall, and vaccination rates grew worldwide.  It wasn’t long until countries such as the United States mandated the smallpox vaccine, a move supported by the World Health Organization.  The rest of the world followed suit, which is where the part about this vaccine being one of the most significant medical discoveries of all time comes into play. By the 1950s, smallpox was defeated in North America and Europe.  By 1980, it was eradicated once and for all; the entire world could relax thanks mainly to an exhaustive vaccination campaign led by the World Health Organization.

This success story paved the way for the next vaccine, and the one after that and so on.

I think it’s safe to suggest that millions of lives have been saved largely due to the humble vaccine. Still, many people continue to avoid and spread many untruths about it.  Unfortunately, we no longer have to rely on the rare publication to share a cartoon to get a personal agenda out to the entire world. Social media and the Internet has made that task ridiculously easy, and we see stories reflective of the cow mutation story popping up on our screens daily.

Information is powerful so long as the information is accurate and true.  This is where vaccine hesitancy and vaccine denial come unstuck.  Much information from these deniers has come from unfounded sources and a false base.  No one can access Google and claim to know a scientist in the thick of research and development.  It isn’t possible.

Why am I writing about such a highly sensitive topic?

I’m acutely aware that I’m opening myself up to an influx of criticism. My hands are raised; bring it on.  I’ve never been one to express my views on such personal choices.  Get vaccinated or don’t; I don’t need to know your stance, your personal preferences.  I still don’t; you’ll never see me attend a protest, post criticism about something I know little about, nor will I fill an otherwise unknowing child’s head with what I think is true.

Just yesterday, I picked up my children from school; my eldest, aged nine, is still on a high of happiness to be back at school.  I feel warm and fuzzy as I listen to her describe events that took place during her day.  Like, when her best friend opened her lunchbox only to find her mum had given her the lunchbox that belonged to her sister!  NO! Given that these girls have very different tastebuds, this was a significant problem that required serious intervention.  The older girls made the trip down to her sister’s class in the hope of swapping lunches, only to find her sister had demolished all of the food!  Uncontrollable fits of laughter were like music to my ears as my nine-year-old described this event.

Then a moment of quiet in the car and to the very point of this post.  Shortly following a lingering silence, I hear the following from my daughter’s mouth:

Kelly approached me, Robyn and Ashley at lunchtime. She was talking about the vaccine. She told us that her mum wasn’t vaccinated and never will. Kelly’s mum won’t let her get vaccinated because her mum said it’s poison.

They say they won’t put poison in their bodies, and that the vaccine is made from live foetal cells. What if it’s poison?  Is that true, Mum?

Had I not been driving in the middle of a major road, I would’ve slammed my foot on the brakes.  Common-sense prevailed as I delved further into what my daughter had been told.  One thing was for sure; she had the look of extreme fear on her face with tears welling in her eyes.  Why? She knows I have chosen to be vaccinated.

Each person is entitled to an opinion about vaccination, about the COVID-19 vaccination. We each have a choice. You are entitled to your opinion and choice. Likewise, my opinion is mine, and likewise, that is MY choice.  This is pro-choice, but it is not pro-choice when a vulnerable nine-year-old child comes home from school scared that her parents have injected something bad into their bodies.  Am I worried? No, I’ve had every vaccination available since birth.  Likewise, my children have received all scheduled vaccinations plus more.  Good for us.  Yes, because I know I don’t need to worry about many diseases, which is for excellent reason.

Never have I filled my children’s or anyone else’s heads with personal thoughts and beliefs about anything vaccine-related.  There’s enough to worry about, without worrying about what another person’s child saying to mine in the school playground.  Let’s be honest here, is educating or not (depending on your stance) our children on the intricacies of rumours about vaccines, their contents, and how they are made, something we should be drilling into our young children and scaring them unnecessarily?  I think not.

Here’s my question to those of you who program your children with information about vaccines that is not evidence-based, while maintaining you are pro-choice.  How and when will your children get freedom of choice when you’ve already made it for them?

*All names have been changed. 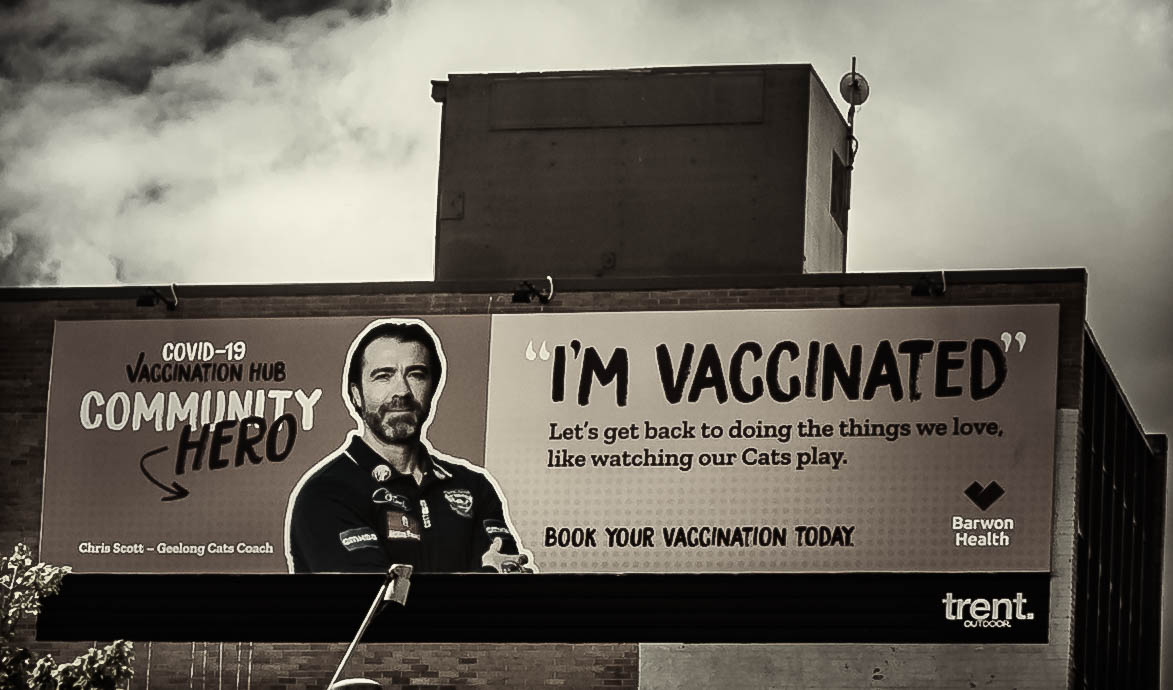 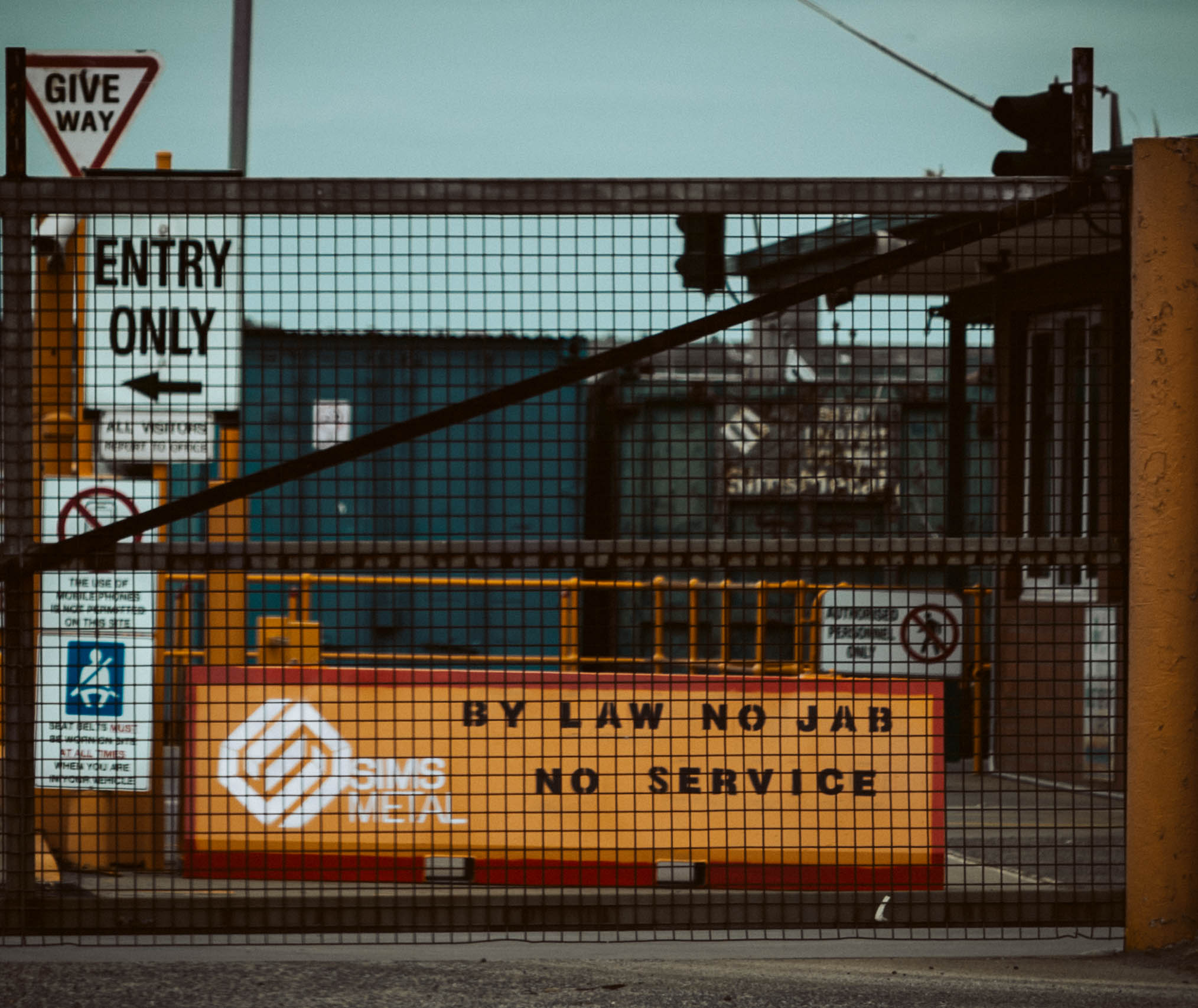