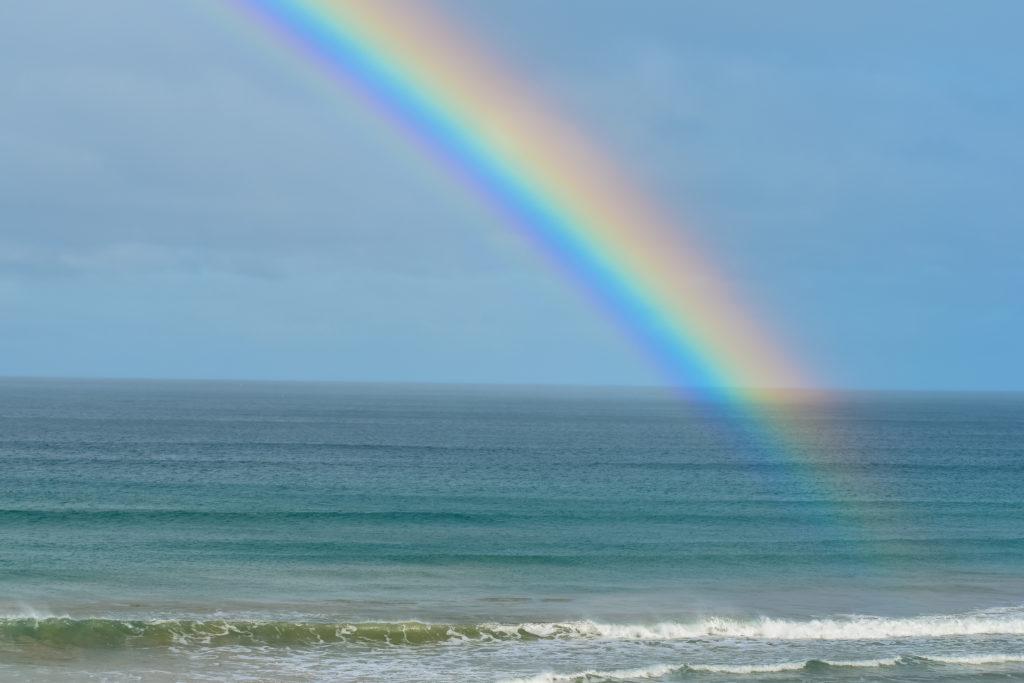 That place over the rainbow

For somebody who doesn’t really enjoy the beach, since receiving my camera I’ve spent a lot of time at the beach (although, I don’t think I’d ever go swimming!) and driving along the great ocean road.   Visually, a beach can be a beautifully rich source of rejuvenation, solace and connection to oneself and the earth.  The sounds at the beach are soothing, relaxing and calming.

I remember taking this photo with my friend Ergul on a road trip.  We took a break from driving, not expecting the beautiful sight awaiting us.   This picturesque rainbow appeared as though it was disappearing straight into the ocean. We may have even considered for that elusive pot of gold!

Another picture that I took quite early on in my experience, I recall the internal panic as I tried to capture this amazing rainbow; I thought with my minimal experience my chances were slim.   I took A LOT of shots, different settings, different view points and crossed my fingers in hope that one might have showcased the rainbow in all its glory. Later on, arriving home, I wasn’t disappointed, I’d managed to capture several impressive shots of this rainbow, this one was by far my favourite of the lot.  Even more pleasing, I shot it with my own instincts; I didn’t believe I could, but I did.  This is my special rainbow.