Feeling haunted but the elves are set to return

A cloud of questions is circulating in my head. The decision is one that only I can make, and I’m stuck in a deep state of procrastination.   Do I welcome the return of that clan of highly-spirited and animated Christmas elves, which turns our home into a big ongoing production that spans five weeks of the year?

“Do I, or do I not, open Pandora’s Box? The week has been exhausting with two sick kids stuck at home (I do love them!) and school stuff to tend to. Finding a spare second to relax has been a struggle, let alone time to think about those pesky elves.  I already feel exhausted. Exhausted also describes how I feel every year from early November to Christmas morning when thank heavens, the elves go home with Santa.  As my children say, “I just want to chillax”, take it easy and not run around after a bunch of little elves who cause havoc for five weeks. So, I’m conflicted!”

Since the elves began to visit our family home each Christmas, their antics have worsened and cultivated to reflect something reminiscent of a Myer Christmas window! Nothing is off-limits, there’s no holding back, everything is fair game. I bet you’re wondering why we don’t set some boundaries. Calm those elves down a bit. Now that would be the ideal, in theory! But that would be like comparing Disneyland to other theme parks.  Once you’ve experienced the magic of Disneyland, the others pale in their ratings. Our elves are similar, with all the crazy and hilarious upheaval they’ve produced over the years, we no longer expect them to suddenly turn into reasonable, perfectly behaved little angels.  Once those elves land on our doorstep, it’s like them saying, ‘Game on, suckers!’.

Still, you’re probably wondering, how bad can it be? Picture your regular, well-behaved elf who might sit in the fruit bowl one day, then move to sitting on the couch watching TV the next. There’s no doubt, kids who receive the elves with a calm and gentle temperament, do love them, and rightly so. I’d love them too!   But those elves are nothing like those Santa sent to our home, NOT AT ALL. We’re dealing with elves who seem to get a kick out of taking things way too far. They’re totally out of their minds.  How bad?  Read on for just a taste of my every year.

Imagine your kids and their absolute favorite teddies. We’re talking about teddies they still cling to from the days of babyhood; it’s a beautiful sight.  Now picture these treasured teddies being held hostage (tied up, blindfolded, the lot) with the elves pointing and squiring the tomato sauce and mayonnaise at the beloved baby toys. Meanwhile, the reindeer, and other toys the elves have recruited, stand close by, holding out forks to prevent the elves from trying to escape. The mess of tomato sauce and mayonnaise is a pain for me to clean, but the absolute shock and concern on the faces of my children is something I definitely wasn’t prepared for (although it was slightly amusing!)

How about those chocolate-filled Advent Calendars, do your kids have them at Christmas? Mine do, their Nan gives them one each year; it’s a tradition, and they love waking each morning to open a window and find a delicious treat they can devour. Now imagine your children eagerly awakening to open their chocolate-filled Advent Christmas calenderer only to find it M-I-A.  Hang on, where is it? It’s not in its usual spot, so where has it gone? The calendars are eventually found surrounded by the elves and a bunch of Barbie Dolls. They’ve had an all-night feast of chocolate and polished off every chocolate in both of those calendars. Still, that wasn’t enough chocolate for them.  Nope, they took spoons to the Nutella jar and slurped up the chocolatey Nutella goodness. The jar was empty. They found other chocolate too, all gone. Nutella had been dripped everywhere, and the Barbies, covered!

For an extra touch to this scene, both the elves and barbies held tight onto spew buckets. Clearly, gluttony had gotten the better of them on this occasion. This was one of those interesting mornings in our house.  Tears may have been shed over all the chocolates devoured from the calendars.  Of note, whenever the elves step over the line of reasoning, headed for downright naughty territory, Santa has been known to step in.  We always end up with an Elf Naughty Corner. This is where Santa sends them to sit and think about their actions.  In 2018, the elves were sent to the naughty corner because of a broken TV.  In 2019 it was the chocolate fiasco that made Santa put his foot down.  One more critical piece of information here, Santa came to the rescue.  He sent two brand new, top-notch chocolate Christmas calendars to replace the ones the elves had gorged themselves on.  This brought a smile back to the faces of two highly amused, confused and appalled children.

Now it is decision time! No more procrastinating, time is of the essence, and there isn’t much time left!  To help me in my decision, I thought I might use a pro’s and con’s list. That’ll surely tell me the way forward.

Much like the American presidential election, the vote is close.  It could easily go either way.  This year, I have the perfect excuse for a non-show! If I decide the elves need to stay out of sight (not sure where that is, by the way), all I need to say is “Sorry kids, the Australian Government wouldn’t let them into our country!” Easy as that.

But (here it comes) other thoughts kick in as I think of how much my girls love their elves and pets.  They talk about the elves all year long; there’s never any significant period when I get to forget them!  I remember Christmas Eve 2019 like it was yesterday. I remember the tears in my daughters’ eyes as they said “goodnight” and “goodbye” for another year.  How can I be responsible for depriving them of this joy? They’ve had much taken away already. They’ve had to live in a world that has changed considerably. Quite simply, damn it, damn it and damn it again, I just can’t not do it.  I guess that means, here we go again.

Stay tuned!  Find out how my preparations are going next week.

Posted in Photo blogs
children Christmas is coming! Creativity Do I have to? Our elf clan Traditions 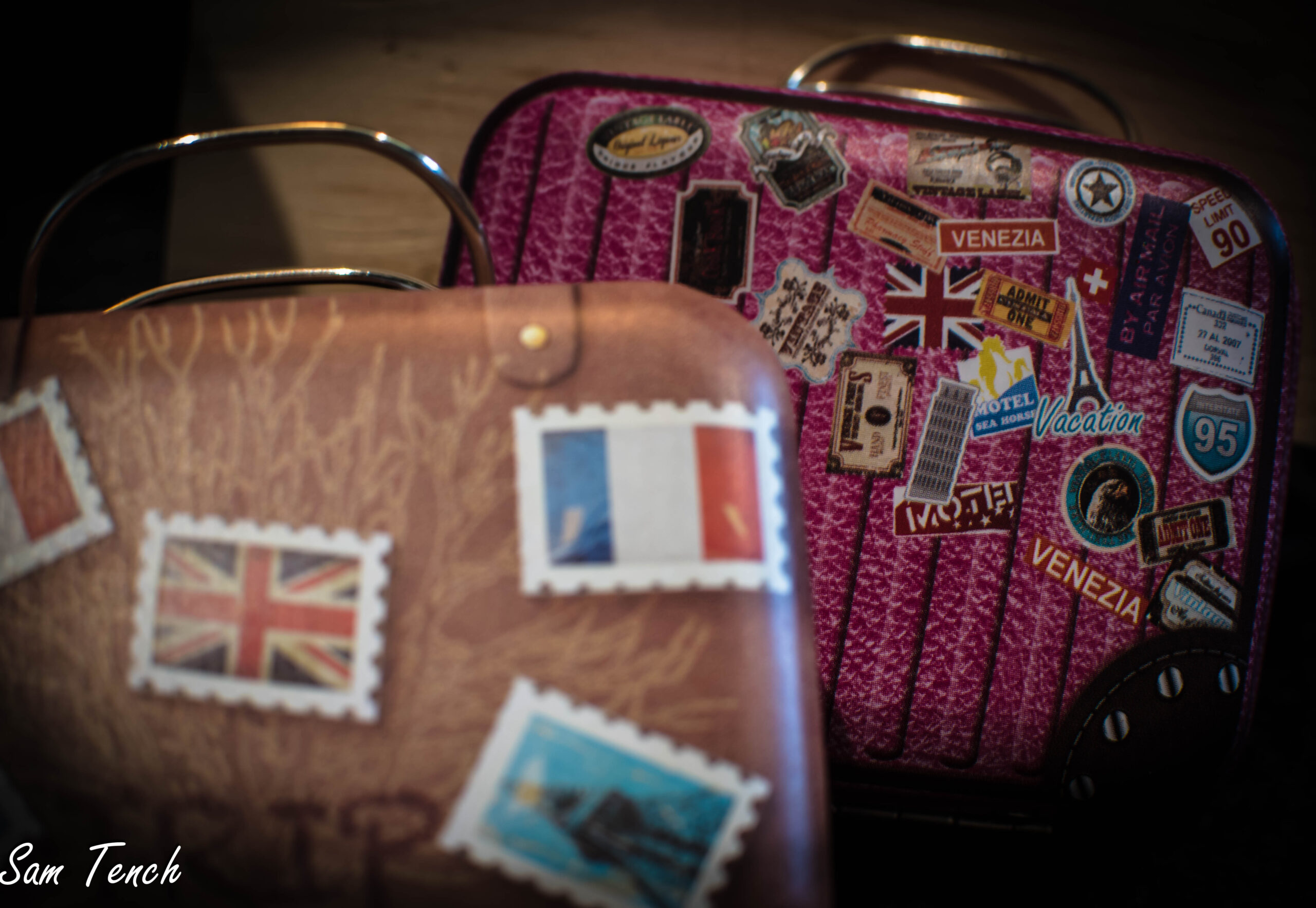 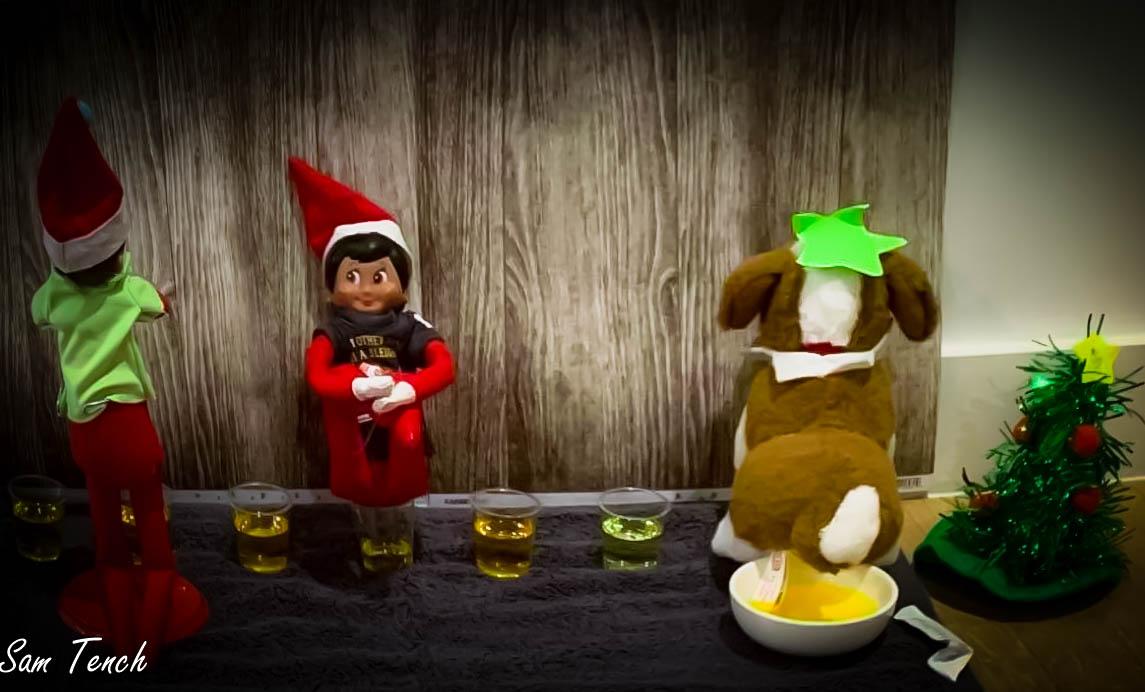 YUCK!!!!!! Quite hilarious actually. A picture from a previous year when the elves tried to sell their pee by pretending it was lemonade! This was when my children began to acknowledge the rather 'gross' side to their elves behaviours!